The Snejanka cave is located in the Batak Mountain in the Western Rhodopes, 5km from the town of Peshtera. It was discovered on 3 January 1961 by a group of climbers. An eco path about 800 meters long leads to the entrance to the beautiful cave where you can see some of the most beautiful cave formations. The cave is 145 meters long, its temperature is 8° C. Snejanka is among the 7 biggest caves in Bulgaria. There are over 600,000 stalactites and therefore the cave is called an “underground palace”. There are several rooms: the "Hall of udders", "Great Hall", "Music Hall" connected to "Landslip" over which a bridge passes. In "The Magic Room" nature has created figure likened to the fairy heroine "Snow White", which gave the idea to ​​prof. Alexi Petrov from the BAS (Bulgarian Academy of Sciences) for the name of the cave. The cave is placed among the 4 most beautiful Bulgarian caves - Magurata, Ledenika and Saeva Dupka. In 1979, Snezhanka was declared a natural landmark. Annually it is visited by over 10,000 people. 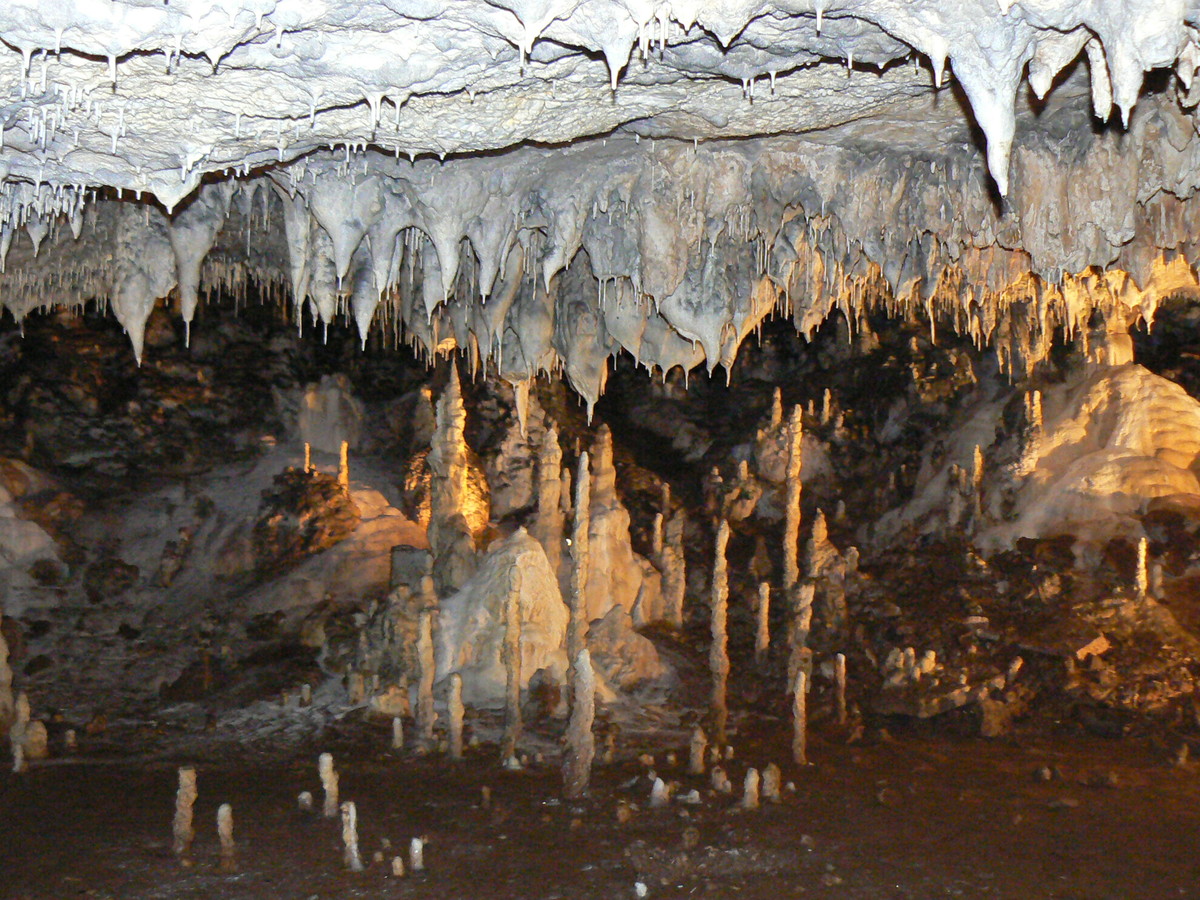